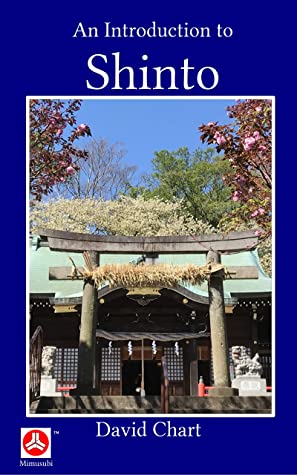 Thumbs up for An Introduction to Shinto by David Chart. Philosophy.

This was recommended to me as the best introduction to Shinto for the completely ignorant; I agree and will second the recommendation. The author is a Brit by birth, now a Japanese citizen, who has been a devout practitioner of Shinto for many years, and works as a consultant for Jinja Honcho (the largest Shinto organization). He is exactly the guide I would have hoped for. His prose is detailed, crystal clear, and at times unexpectedly made me laugh out loud with his wry asides. The precise style of his prose and careful labelling of sources and suppositions made me wonder if he were an engineer by training; when, in the last pages, he mentions that he has a doctorate in philosophy, it all made sense. Having read this book I have a good sense of both knowing what I know and knowing what I do not know about Shinto. I will pair this with another book which more closely examines Shinto from a spiritual perspective, but I’m glad I read this first.

The kami are central to Shinto practice: matsuri are held for their benefit, and jinja exist to enshrine them. Given that, one might expect Jinja Shinto to have a clear position on what the kami are, but one would be wrong. Shinto is much more about practice than about theory, so few priests put much effort into trying to work out what the kami are, much less explaining their position to others. Indeed, historically the first theoretical analyses of Shinto were penned by Buddhist monks, and the first theology written by Shinto priests was in reaction to the claims that the monks made, as the Buddhists typically argued that the kami were subordinate to Buddhas and Bodhisattvas. The priests disagreed.