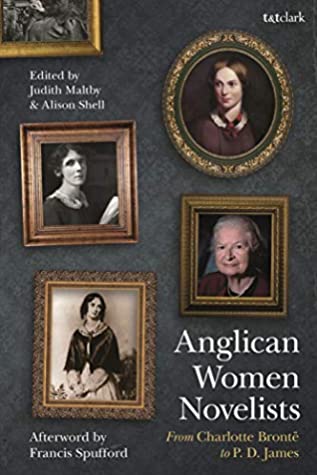 At the risk of sounding facetious: it is a book of short biographies and literary analyses of Anglican Women Novelists; and it is excellent. Does the topic interest you? Then read it. You will discover interesting things, your literary conversations will expand, and you will discover even more authors you want to read. If you ask: but why? – keep moving.

Underhill’s supernatural fiction recalls some of Margaret Oliphant’s work–though not all, since Oliphant is the most imaginatively polarized of our chosen writers. Her ‘Chronicles of Carlingford’ come from a different cosmos, drawing on the Anglican careerist comedy of her contemporary Anthony Trollope’s ‘Barchester’ series. But for religion with the supernatural consciously omitted, it is Barbara Pym, writing many decades later, towards whom one must reach: here, for instance, is Mildred Lathbury, the narrator of Excellent Women (1952), hesitating sleepily between the devotional and cookery books on her bedside table: ‘My hand might have chosen Religio Medici, but I was rather glad that it had picked out Chinese Cookery.’ Pym’s books are more engaged than this might suggest with the ethical demands of professing Christianity–as often with mid-twentieth-century middlebrow novels, frequently written by women, where the Anglican faith shapes a social milieu. Her work–unpublishable in the early 1960s, acclaimed again in the late 1970s, consistently in print thereafter–was critically underrated for the same reasons that it is now so popular: because it was funny, because it gave space to religion and because it focused on women. Increasingly, too, her reception has benefitted from nostalgia for the world she depicts. Anthropologists are committed to documenting traditional societies in the light of modern pressures, and Pym, as a participant observer, has preserved for all time a disappearing parochial culture.