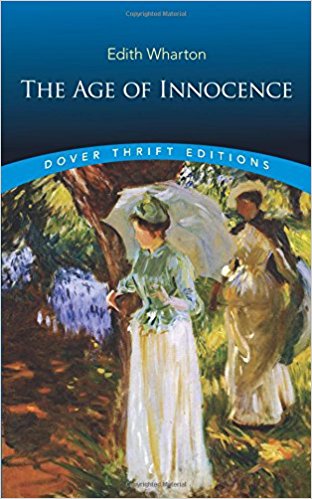 Thumbs up for The Age of Innocence by Edith Wharton. Literature.

A young man–worldly and introspective relative to the society in which he lives, but that’s not saying much–is engaged to be married to just the right girl. Then her cousin, who is actually worldly, shows up from Europe…. Sometimes I think reading classic literature is hardly different from reading fantasy or science fiction. Wharton was writing of a specific time and place–the New York upper crust of her girlhood in the 1870s–looking back from the distant remove of Paris, 1920, and making the wise assumption that her readers would need everything explained. She recreates the past, envelops you in it, sees its flaws clearly but also conveys her own ambiguous nostalgia for it. And I don’t mean to make it sound as if it’s all boring worldbuilding and no character, no story: on the contrary. The world is illuminated via the pressures it exerts on Archer and Countess Olenska, and they in turn are living, breathing people, sometimes bending to it and sometimes fighting against it. I stayed up late for them. There’s a reason this book has withstood the test of time.

It was on the tip of his tongue to reply: “Don’t be seen driving about the streets with Beaufort–” but he was being too deeply drawn into the atmosphere of the room, which was her atmosphere, and to give advice of that sort would have been like telling someone who was bargaining for attar-of-roses in Samarkand that one should always be provided with arctics for a New York winter. New York seemed much farther off than Samarkand, and if they were indeed to help each other she was rendering what might prove the first of their mutual services by making him look at his native city objectively. Viewed thus, as through the wrong end of the telescope, it looked disconcertingly small and distant; but then from Samarkand it would.